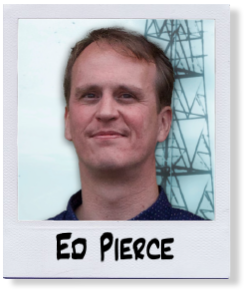 When you hear Ed Pierce play the drums, you hear the results of a fierce dedication to his craft and a widely-recognized ability to kick any piece of music into high gear with his immaculate time and killer technique. Ed is one of those rare musicians who derives satisfaction from serving the song rather than drawing attention to himself. He grew up in Eureka, California, and started playing percussion at the age of 11. In high school and college he played drums in a variety of rock and jazz groups, as well as playing steel drums in the Humboldt State University Calypso Band. After college he moved to the Portland area, where he has played drums with countless jazz, blues and R&B groups over the last 20 years. Ed currently plays with the Rae Gordon Band, and has also been the go-to drummer for local legends like DK Stewart, Johnny Martin, Paul deLay, Lloyd Jones, Terry Robb, Geno Michaels, Roger Woods and many others. Ed was nominated for a Cascade Blues Association Muddy Award for Best Drummer in 2017.