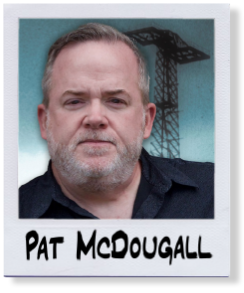 Pat has performed with a long list of bands and artists, including his own blues/R&B outfits Runaway Train and Tall Static (er, 1.0). He was the musical director for the Portland-based band supporting Tony Coleman (B.B. Kings drummer for many years), and a member of the Muddy Award-winning lineup of Bill Rhoades & The Party Kings. Most recently, Pat was the keyboardist and musical director for the Rae Gordon Band for two years, helping to create their acclaimed CDs Better Than I Was and Wrong Kind Of Love and coordinating the band's appearances at the Waterfront Blues Festival, Winthrop Rhythm & Blues Festival, Big Blues Bender in Las Vegas, Bronze Blues & Brews Festival, Bonita Blues Festival in Florida and many others. These days, in addition to Tall Static, Pat can be heard playing with Fenix Rising, Ben Rice, Lisa Mann and others. Pat has composed music for commercials, independent films, theatrical productions and corporate presentations; his compositions have won recognition from the Portland Music Association and Keyboard magazine.